The latest update in the ML-15 line - the ML-15HD call panel received an improvement in the camera but retained the design that users loved so much.

The ML-15HD may seem familiar to Slinex users. To meet modern standards, our engineers updated its filling and made many improvements that make the user experience more enjoyable.

Compared to the ML-15HR, the ML-15HD has a 2 MP sensor that supports AHD video signal standard. Enough to see both images from CVBS and AHD cameras at once to compare their quality.

The predecessor's resolution was 800 TVL. The new panel is equipped with  a Full HD resolution camera. The image looks like a digital one. The colors have become more saturated, the contrast has increased. You can view every detail of the visitor without much effort.

Besides, the viewing angle of the camera increased from 65° in ML-15HR to 76° in ML-15HD. It would seem that only 11°, but in fact, such a figure can significantly improve the display of objects that are close to the panel. In addition, it expands the view of the area adjacent to the front door.

Extremely useful thing that appeared in the updated ML-15HD. As you know, if a lot of sunlight falls on the camera sensor, the output image may be distorted beyond recognition. To do this, a static IR filter was invented, which eliminates excess rays.

But at night time such a function only interferes. A static IR cut prevents light from reaching the sensor, of which there are few.

The mechanical IR cut filter automatically turns on during the day and turns off at night. Thus, the image in the daytime will be correct due to the correct white balance. And in the dark, the detail will be improved due to IR illumination.

As you can see, the difference is noticeable. You can easily recognize your guest, even in pitch darkness, using the ML-15HD.

Compatible with all analog intercoms

The ML-15HR only worked with the CVBS video standard. The new ML-15HD works with AHD-H, AHD-M, and CVBS. Thanks to this, it supports almost any analog video monitor.

A switch appeared on the back of the panel, which allows you to easily switch the panel to the desired mode. 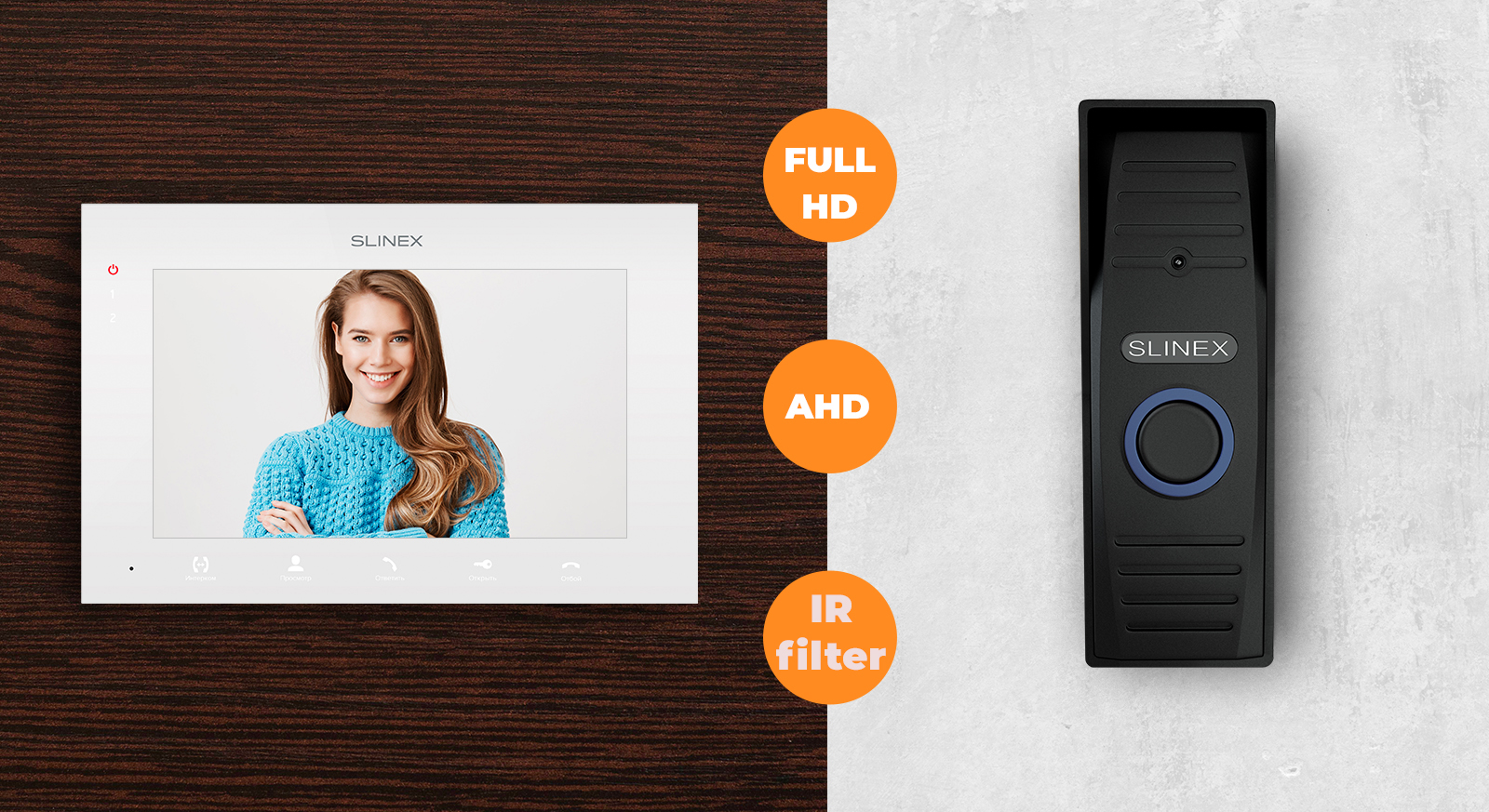 • Want to connect the panel to the DVR? The ML-15HD has a separate power supply. When connecting a DVR, you can in real time constantly monitor what is happening outside the door.

• IP65 protection class and anti-vandal housing will allow you not to worry about the door station in bad weather. Attackers will have to try very hard to dismantle the ML-15HD and a simple mount will not help here. 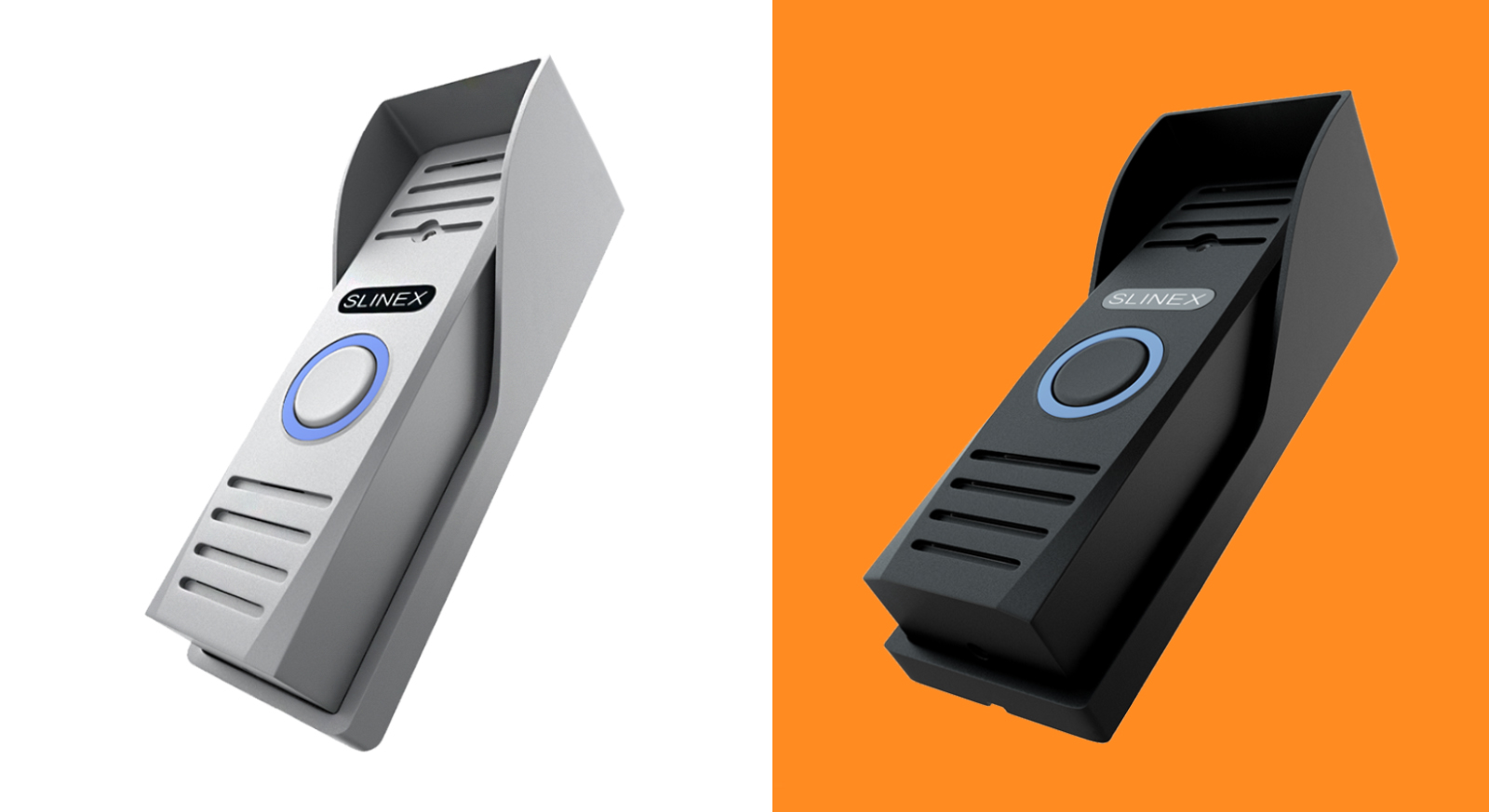 For connoisseurs of minimalist design and rigorous shapes, Slinex has updated one of its most popular line of outdoor panels. ML-15HD meets all modern standards and will easily serve you for many years.

We use cookies to personalise content and ads, to provide social media features and to analyse our traffic.

We also share information about your use of our site with our social media, advertising and analytics partners.